Sarah wanted to learn the secrets of the afterlife and spells to bring spirits back to Earth. She knew of a magician that took her under his tutelage. She learned the basics, but her eagerness about darkness soon gave her away, and the magician became cautious. Expecting that Sarah would steal a small book with the most powerful recipes (for apprentices always wanted to run before they knew how to walk), he cast a spell upon it. The book was sealed.

Five days later, the Full Moon was up in the sky, and Sarah took what she thought her best chance. As the magician predicted, she stole the book and fled, hiding in the cemetery.

She sat on a stub next to the mausoleums, ready to open the book. The book wouldn't open, though. She mumbled, cursing the magician and the book at the same time, and spent a while thinking. She remembered a spell to open sealed boxes, and decided to try. "A closed box and a closed book are the same things. Closed things," were her thoughts.

She put the book on the ground and her hands were over the cover. She said the words, feeling her fingers tingling. Smiling, she looked down, finding that the book had opened. Her eyes danced over the pages and found what she had been searching for. The spell was difficult, but if successful, she could invoke a shadow from the death, a stealthy creature that would follow the people she wanted, making for her to see inside their minds and learn their best kept secrets.

A blurry shape started to show on the mirror. It was a woman. Bald, white, Sarah could see through her. The woman seemed to be sleeping, then she raised her head and started to look around. Sarah was excited and, at the same time, a little scared. She had the creature right in front of her. Now what? 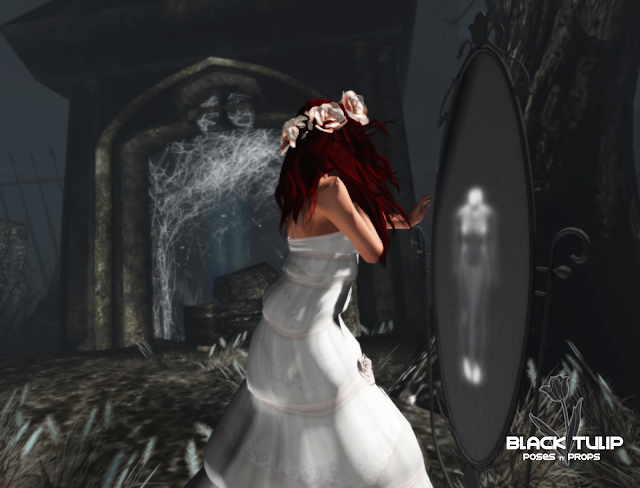 The woman smiled, showing her palms, reaching to the mirror's surface. "Touch my hands, Sarah," she said. Sarah walked closer. Her hands doubted. "I know why you summoned me. I will first visit the magician, and tell you all that he hides in his mind. Touch my hands, Sarah, and it will be done," the woman on the mirror insisted, in soothing tone. 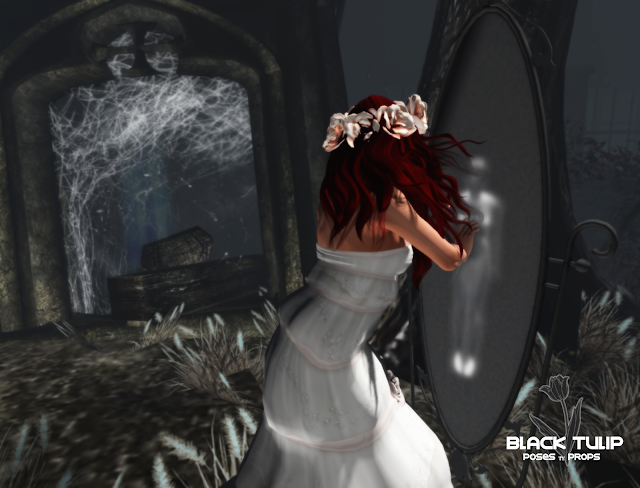 The mirror's surface felt warm in Sarah's hands. The sensations were puzzling. The mirror seemed to melt in her hands while the woman inside started reaching outside, walking through Sarah.

Before she realized, Sarah was inside the mirror, confused. Outside, the ghostly woman was nowhere to be seen. The magician was there, instead. His expression, stern, revealed that the deceiving woman inside the mirror was the actual spell sealing the book. She started to cry, begged him to release her. He only said, "Think about what you did, Sarah. Think. You will be staying here for a long time." He then turned around, and walked away.