It may sound strange, but I'm not a big novel reader. Worse: I've barely read horror stories. (So yes, I was born this twisted.) It's not that I don't like reading a good story: I just don't have the time. My whole life has been all about work in one or another way, be it studying, be it working with my mother, be it working once I left my parents' 18 years ago. I know I'm missing out on a lot, and when I have some time to read, my choices are mostly technical (due to work), or articles (of all sorts, because they demand less time than a full book). 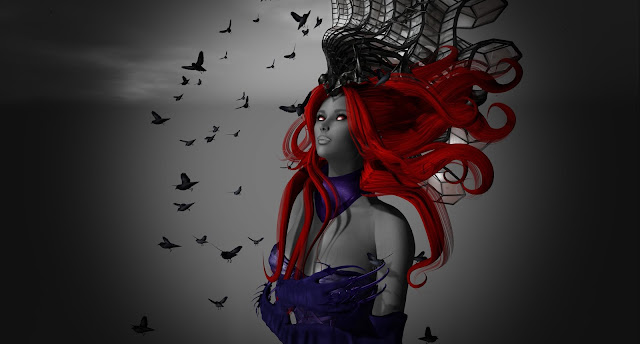 Still, I've read the occasional book here and there, and fell in love with a few like The Neverending Story when I was 13, Los renglones torcidos de Dios when I was 21, or Harry Potter just the last year. The focus of this post, though, will walk through two other books I've read: A song of Ice and Fire (the books behind Game of Thrones) and Fifty Shades of Grey (I can hear you laugh, but I know you've read it too.)

Because they're popular, they attract a lot of criticism. Some of it is valid (Fifty Shades of Grey is not exactly a masterpiece, it's not even a good book), but some other left me thinking.

For example, when I read complaints about A song of Ice and Fire not being historically accurate for reasons like the characters not dressing exactly as in the middle age or another silly reason, I can't help think "hello... Historically accurate? When did in history dragons and White Walkers exist?" It's a fantasy story in a fantasy world. It's not meant to be anything but what the author wants to make of it. If you find a plot hole, sure, that deserves to be commented, but the rest? It's up to the author what they want to do in a fantasy story.

We could be discussing for hours what reality means, but there's this simple fact: reality doesn't care and will be there regardless of how we define it. Reality doesn't care whether you believe in it or not. It's going to be there. For example, we can define what the reality of a train means, if it's made of matter, if it's a social construct that will stop working when we redefine the social construct... but none of us would willingly stand in front of a train that comes towards us, hoping that by redefining the social construct of what a train is, the train will stop. We know that the train will kill us. That is reality.

Fantasy, thus, is something that is not real. In a world of fantasy, we can redefine trains so they don't kill people if they ride over them, and that is okay if it serves to our story. Fantasy can use a lot of elements of reality to build the story, but because it's fantasy, we cannot expect that everything will behave according to the rules of reality. Then it would not be fantasy, it would be reality. And each novel has a little or a lot of fantasy in it, starting by the point that stories are fictitious, so it's pointless to expect or even demand that the author treats a topic exactly as it is in the real world, particularly when the fantasy world introduces elements that do not exist in reality.

Of course, historical fantasy will be better if the author has done research enough to describe the era, scenarios, and people, as accurately as possible, while keeping the fantasy of the story. But in the case of A song of Ice and Fire this is not even the case. The story happens in a world that isn't ours. And while some of the events are inspired by real events, we cannot demand that the story fits their development like a glove. It's fantasy. And remember, there are dragons, violating the physics laws every time they fly. Even the physics laws can be transformed in this story, if the plot needs it.

I am the kind who closes a book to never finish it when the story is too much for me. But I've never complained that the author should have done something else. It is their fantasy story, and in the fantasy realm, everything is allowed. Be worried when someone confuses fantasy and reality, and tries to bring to reality the fantasy they've just read. But that is not going to happen often and if it happens, either bring that person to a doctor, or stay away from them.