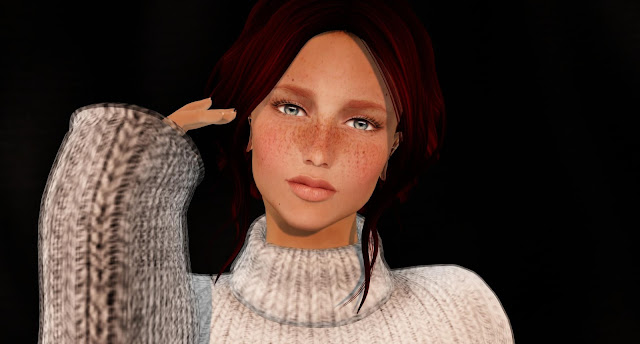 It was mid-May of the last year when I started a bullet journal. I grabbed an empty notebook I had at home, read the directions from the official website, and went with it. The first advice came from Zee, and it was wise advice: do not look for bullet journal in Pinterest or in Instagram.

I saw why, quickly. There's a huge community highly skilled at the artistic, and they regularly post pictures of their journals. They're often masterpieces but they're also discouraging for the newbie that just heard "this is a system that will help you organize your life".

My goodness, and all the pretty is mandatory?

That was one of the first questions I asked. The answer was obvious: the pretty isn't mandatory and indeed, with few exceptions in a few pages, I'm quite minimalist. I just write the day, what needs to be done, and I'm done with it. I spend some time planning because events and scripts aren't as easy to plan as laundry and cleaning the bathrooms. I have to make a plan of meshes to do, scripts to use/code, time for UVs, for LODs, for texturing and baking textures, for packaging... if it's a script, there's also documentation to write, which often needs of its own companion mesh release to have a suitable sample object to show how to work with it. All this is just to say that my planning isn't as immediate as much of what I've seen. It doesn't mean that my planning is better or worse, just that my life is different than the lives of those who show their bullet journal to the community, and so I plan it differently.

I will confess more and I'll say that I use stamps in my weekly pages (the weekly pages aren't part of the original system but they help me) and from time to time, I draw. Stationery. You have to understand me.

The first months I read a lot of their blogs, and you can see that not only they make things pretty, they also follow many routines to help them stay organized. They also follow other routines, more spiritual ones, let's say. One that caught my attention was the morning pages. The morning pages are explained in a book that I do not recommend if you're allergic to new age and spiritualism (I am, but I can read one from time to time). This book is called The Artist's Way and, as I expected, it was a mix of things that make sense with downright pseudoscience in a neat package that many will buy in hopes that it will make an artist of them.

Then why did I read it? And more importantly, why do I write morning pages since now three months ago?

My curiosity is huge. I read about things that interest me, and about things that I know beforehand I don't agree with, but I want to see their point of view. This keeps me focused in the idea that we live in a huge world where there are people with ideas different to mine and I shouldn't be closed to at least listen, whether I believe in it or not. I found some interesting passages in the book, and I found a lot of nonsense. I take the good with me and ignore the rest. And I can tell you, the book didn't make a "recovered artist" from me. I don't think I haven't changed at all in these last three months.

Except for a little detail.

Since I write the morning pages, I feel that I do a lot of introspection and, at the same time, that I don't need to talk as much as before. It's been noticed at home that I don't talk as much, and I really don't feel like it after I've written those pages.

Then again, why do I write them?

Maybe now that I've noticed and said it loud voice, the problem will get to an end. I wasn't even sure of writing this. But here it is.

In other news, I did NaNoWriMo this year again, and I swear I'm going to kill that story. I tried rewriting the story I wrote the last year from a different perspective, different situations, a different conflict... it was a whole different story except for the characters and the end. Well, even though this year's story is better plotted (it makes more sense, there are no major gaps that make me shake my head, etc.) ... I still don't like it!

It's my baby and I don't like it. So much could be said out of this.

The good thing is that I've learned a little more about the craft and it's been quite fun to share the journey with Zee. The bad thing is that I'm not sure if I'll be able to write a story that I don't end up hating. At least the morning pages keep me in the habit of writing daily. Mostly uninteresting events, but I show up and write. I'm now planning to write a story a week for the next year and so far I've only gotten an outline. I'm fifty-one outlines from my goal. Help.

This is not by far everything that goes in my head lately, but they're probably the topics I've mentioned the most.

Oh and in other news! SL met RL! I met with the lovely Froukje Hoorenbeek in Valencia, and I hope she had as much of a great time as I did. It's the first time I meet with someone from SL, and I hope it won't be the last one.