I fell off my high horse

With time, an annoying thought started to knock on the door of my mind. While my intention in writing that was against cruelty and violence (specially, violence for dressing different), I was asking to take a measure I never thought I would fall to ask for. I was asking to set boundaries on humor, on what jokes are acceptable and what jokes are not. That's why I feel that the "FUCK YOU" that Josie replied to me about that post was the best possible answer I could get, and I'm not kidding here. It made me think about what I had said, and suddenly I saw I was riding a horse, a high horse. No, no, no, no. I don't want to be the kind of person that knows better than the rest. So I called myself a jerk and jumped off the horse. Clumsy as I am, more than jumping off was a falling off, but anyway, the horse and I parted ways.

I know that this opinion is quite unpopular in our days, but I think that we should not set boundaries to humor.

I think that setting boundaries to humor means that we know better than the others, that we know it is humor, but maybe the rest of the people aren't that smart and don't notice, so we should protect them from jokes that are potentially offensive to them, in case they think that what the joke says is what they should think and do in reality, instead of taking it the way it is: a joke.

Now, humor is fantasy. Humor cannot be taken seriously. That's why it's called "humor"! So we have to learn to distinguish fantasy from reality. I know that some jokes are delicate and I would never dare telling them in front of some people. The sad of this is that I censor myself. But I guess, there's always a time and a moment. Cracking a joke about death might not be the best thing to do at a funeral (although my family did and everyone laughed, and I swear it wasn't me who said the joke).

It's like saying that we have to protect people from fantasy books, in case those that aren't as smart as us, the poor souls, believe in dragons and all the magical creatures that show up in those books.

It sounds equally ridiculous with humor. People are smarter than we think and we should never underestimate their ability to distinguish fantasy from reality. So let them crack a joke. Let them laugh. 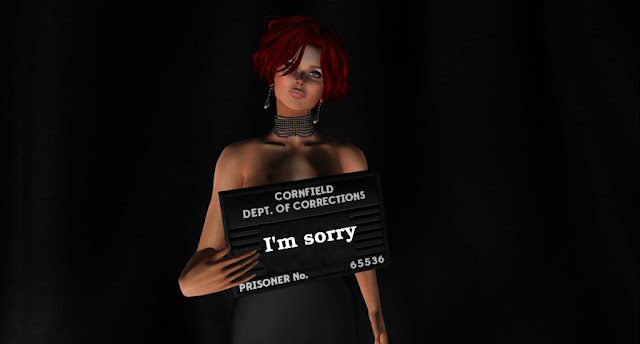 I think that I can express better, now, what's the exact issue I have with. When humor is used as an excuse to hurt someone. When the intention is hurting. Intention is hard to prove, but with time, it becomes clear. However, jokes about someone wearing something you deem ridiculous, I don't think they're done with the intent of hurting that person, just expressing the normal surprise and "my eyes" moment that we all have gone through at least once in our life. Oh come on, don't tell me now that you've never felt that surprise and that "my eyes" moment because I don't believe it. All of us are used to certain clothes as normal, and all of us go "wait what?" when we see something unusual the first time. Getting used to see it as normal is what makes us grow, but that first surprise? We all go through it. Unless you're not a human. Or you've seen things that 99.999999% of humankind hasn't seen yet. In that case, I want to know which club you use to go. You know. For Science.

The issue I have with using humor as an excuse to hurt someone is the same situation as when someone says "I'm just being sincere" and they use it as an excuse to insult everyone at sight.

But just because someone is an ass and uses humor or another excuse to hurt others, we shouldn't put the blame on humor: we should put the blame in the person that uses the excuse to hurt others. And leave the rest of the world live with their humor, because the world is a huge place, and every person has a different sense of humor than the next one.

So if you see a noob doing something funny and want to show it, go for it. I'm sorry. I didn't want to imply that this was unacceptable. I was coming from an emotional place and what happens when you come from emotional places? You open your big mouth and you fuck up. And I'm sorry for that.