No matter what I said yesterday, one thing is for sure: my mind is pretty busy with far too many topics. Perhaps the problem is that she can't decide what to focus on, as this post will prove with only a small portion of all the randomness I can talk about.

I've sort of reconnected with my RL friends through Facebook. That was a strange situation. Six years before I did, I vanished without a word after some events. I thought I would never be back, I would never know again from them. The good thing of not rage-quitting is that you're always allowed to come back without anyone throwing to your face "but you said". I was certain that I wouldn't be back, and six years later I realized I was wrong. Six years had given me some time to heal from part of what happened. (I'm slow at healing. It sucks). 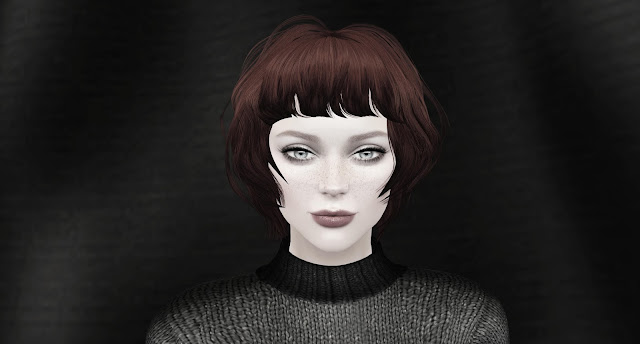 Thanks to that, I've been aware of the news concerning my country (I live under a rock) and I've realized the seriousness of the problem that people like antivaxxers are posing to the whole of our world. Diseases that were a bad dream of the past are now back, "thanks" to the work of uninformed fearful parents that have a whole view of life where nuances are not allowed. Things are good or bad; they can't be good and bad (this is, having pros and cons). I used to fight this kind of nonsense in the past but nowadays both I believe that I was wrong in my approach and I don't have the strength to keep up with the fight. I'm glad that others do and haven't burnt out.

I've also read some books as a consequence of reconnecting with these people, and connecting with new ones. They're interesting books but only available in Spanish (to my knowledge), so I can't recommend them. Bummer. And I've met the core of the bane of our existence: post modernism. Its postulates are flattering to the mind. Everything seems to be a (social) construct and you can redefine it if you don't like it. The educated (and cryptic) version of "if this doesn't change to my liking, I'll hold my breath until it does".

If I had no scruples, I would hire some post modernist to work for me for free. When they asked for retribution, I would tell them that being paid is a construct and their mind has the power to redefine it. But I have those scruples, so I just tell the joke. (If someone believes that I have advocated for slavery they need help to understand what a joke is. Thanks to the current feeling offended by everything I have to make unnecessary clarifications like this one).

Post modernism impregnates everything we touch. "That's your opinion". "It's a matter of opinion". It seems that even gravity is subject to opinions. Post modernism has kicked facts in the nuts (excuse my French), dragged them to the mud and then beaten them with expertise. When you read that science is sexist (instead of some scientists are sexist), you know that we've lost North.

Sexist, like bully, is one of those words that is being thrown so happily against those we don't like, that is under the same danger as the word bully. If everyone is a bully, then no one is a bully; if everyone is sexist, then no one is sexist. The words are losing their meaning, and without that meaning we just have empty shells used to our own interest, nothing more.

If you don't know why I've brought the word bully to this arena, just go read some comment sections on the Internet, and realize how the word is thrown to those that dare to criticize us. How dare they. Meanwhile, the actual bullies continue bullying. That's the problem with throwing darts so happily. The real enemy is laughing and walking away without consequences.

Read me carefully here: I am not saying that sexist people don't exist. Sexist people do exist, and so many of them treat us as second class citizens. I am not saying that bullies don't exist. They do exist and they make hell of the lives of their victims. I'm simply advocating for a careful use of the words we throw, or they risk losing their meaning. Without meaning, we're fighting ghosts.
Posted by: Auryn Beorn on 22/03/2018 at 12:00:00 - 0 Comments