On writing and books

I've been waiting for this moment since almost two years. Reopening my blog so I could write without worries. And now I go silent. Basically, I didn't take into account something important: I'm catching up with two years of delayed work, while trying to bring fresh new items to the store. I think I've released nearly 2/5 of the scripts that were in the waiting list, but that means there are still nearly 3/5 yet to prepare. It's not just a matter of making a script and bam, ready to go. I like to make a mesh object that can be used as sample, to be used in the documentation. The documentation doesn't write itself alone. The mesh item(s) doesn't make itself alone. If I decide making a textures pack, they don't get flattened, in the correct size, uploaded and renamed alone. You see where I'm getting to. I end up exhausted, trying to find balance with the real world (which is demanding a lot of me these months), and with a need I cannot satisfy: the need to write. 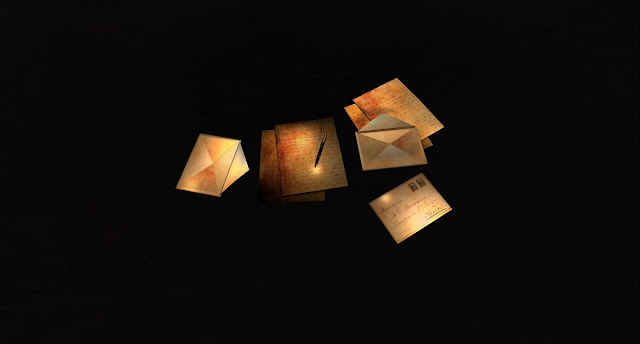 I've been taking notes on several notebooks of all the things I wanted to write about. Now either they don't make sense anymore, or I don't feel like bringing that topic up. Speaking of which, I never mentioned a thing about my experience last year with NaNoWriMo, so why not now? Did I enjoy the experience?

Oh yes. That month I would set apart some time for me and only me, where I would sit and write, off from SL, off from the world. Me time.

Did I complete the story?

Yes, I did, which came as a complete surprise to me, since I had no idea at some points about what to do with it.

Will I publish it?

I like some scenes because of the mood they set and the situation they describe, but overall, the story is a pretty bad written story. No, this is not self-pity asking that you all tell me "oh come on, I'm sure it's not that bad", but self-criticism.

So I know very well what I'm saying when I say that I'm not proud of what I wrote. However, it was an interesting exercise that gave me this insight, once I sat and read it all at once. "Goodness, this is terrible!"

Will I review it?

I don't know. I would like to, because of the parts of the story I like, but with the load of work over my shoulders, I don't know if I could take on the task of writing an outline and basically rewrite the story, perhaps using only those few scenes I like.

Will I do it again (NaNoWriMo) this year?

I've written a possible starting scene of an entirely different story, and I'll do some outlining work if I can, until November arrives. Else, I'll throw myself to NaNoWriMo as I did last year: completely blind, without a route sheet. If only for the me time in the middle of releases, releases and more releases, it will be worth it. At some point either I do this, or my brain will shut off and force me to take vacation.

My first story was a horror story, and I wrote it in English. Given how terrible it was, maybe I succeeded at the horror (although not like I would have liked to). This one will be more personal, and I'm deciding if I'll write it in English or in Spanish. I feel that the flow of words can be easier this time if I write it in my native language. So if I like it, I'll translate it. Maybe.